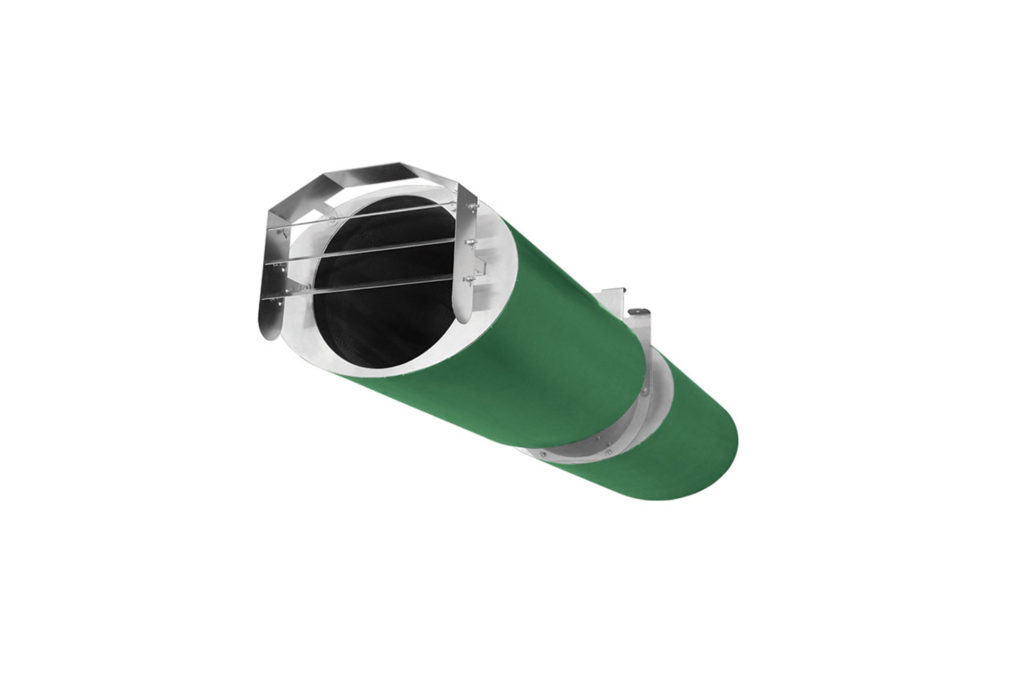 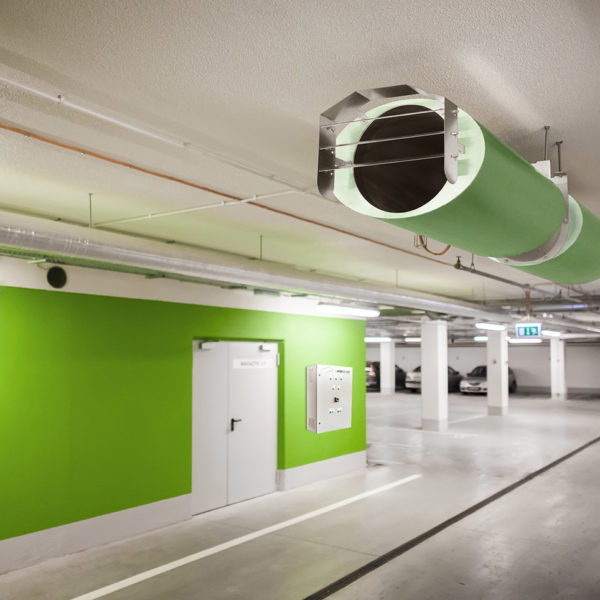 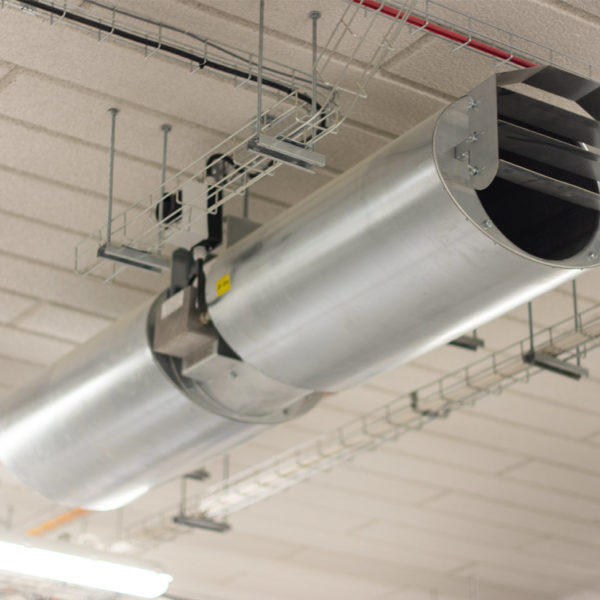 The SCF type jet fans are intended to create a reliable and effective ventilation systems of large volume premises, while ensuring a high level of safety and smoke and hot gases removal in case of fire. The systems using jet fans are most often installed in tunnels, indoor car parks and garages. These systems have two functions:

This function is carried out during normal operation of the system. The purpose of the system is to remove the harmful contaminants (such as aldehydes, oxides, etc.) which can occur in a garage. Appropriate location of the jet fans ensures air flow throughout the whole space, which eliminates the forming of so called „blind spots”, which could accumulate contamination.

this function is carried out during the fire. In this situation, the purpose of the jet fans is to pump smoke and heat to the exhaust points, which allow their rapid removal from the protected space. The jet fan ventilation system while operating, restrains spreading of smoke and provides an access way for a fire brigade. After putting out the fire, the installation provides rapid purification of the space from smoke and fire gases. An additional advantage of this solution is reducing the temperature of smoke, which results in protecting the construction against the effects of excessive heat.

SCF type jet fans are basic component of the ductless ventilation systems. Use of them allows to achieve (depending on the degree of sophistication of automation) a number of significant advantages in comparison to conventional duct ventilation i.e.: 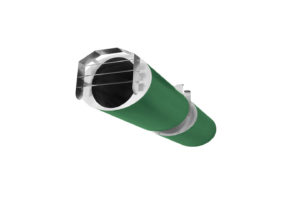 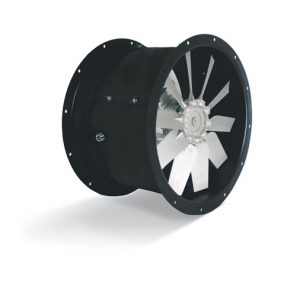