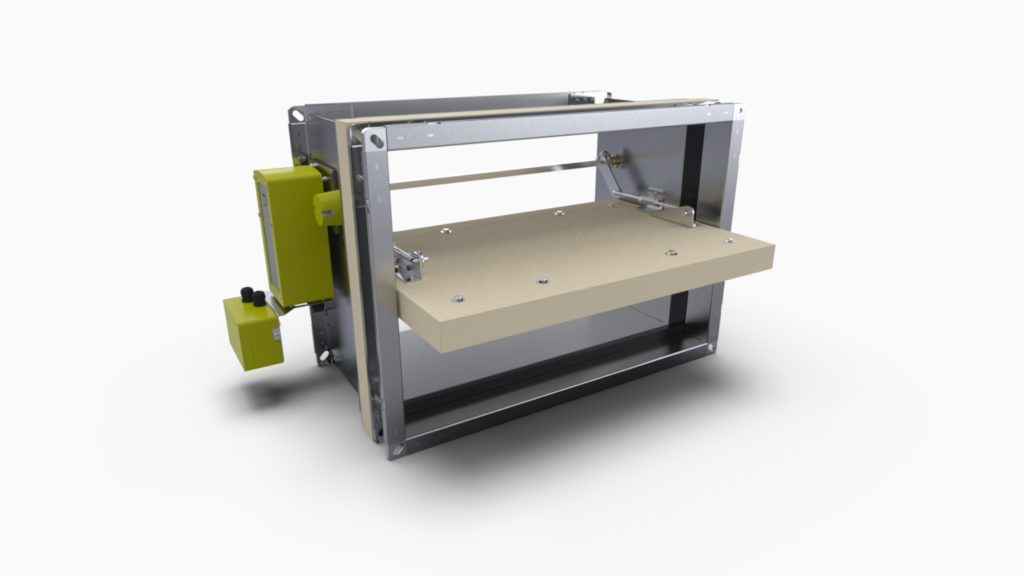 The fire dampers in explosion-proof execution of KWP-Ex type are designed for the assembly in the ventilation systems as the closing divisions, separating the fire zone from the remaining part of the building.
The devices of KWP-Ex type provide the high safety level and are designed to be used in the places, in which there is possibility of the explosive atmosphere occurrence, caused by gases, vapours, mists and air-dust mixtures.
KWP-Ex dampers are designed and certified according to the directive ATEX 94/9/EC as the devices of group II category 2 designed to be used in the explosion hazard zones 1,2,21 and 22.
The damper fire-proof efficiency was proved with the testing pursuant to the standards: PN-EN 13463-1; PN-EN 13463-5 and confirmed by the certificates ATEX: KDB 12ATEX0001X and KDB 12ATEX0002X issued by Central Mining Institute, Experimental Mine „Barbara”.
KWP-Ex dampers have the designation ATEX: Ex II 2GD c IIB T6.
These dampers are symmetrical ones, designed for building in horizontally (in walls) and vertically (in ceilings).
They may be installed in all types of building partitions (rigid partitions), including the cardboard-gypsum walls, as well as outside the partitions.
The damper fire fighting efficiency is confirmed by the testing according to the standard PN-EN 1366-2; and validated with the Technical Approval : AT-15-7401/2008 and the Certificate of Conformity: ITB-1610/W
by the Building Research Institute in Warsaw.
The producer’s certificate ATEX is available for the electrical components. 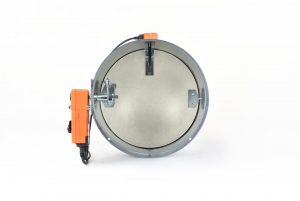 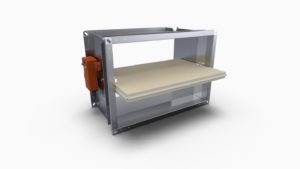 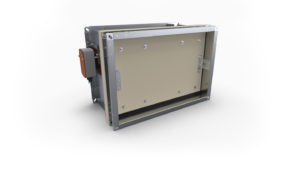 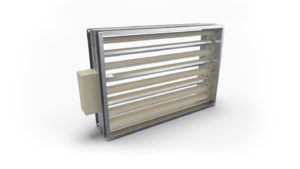 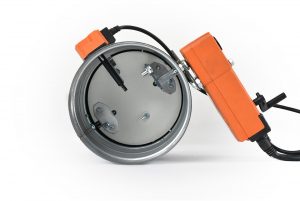